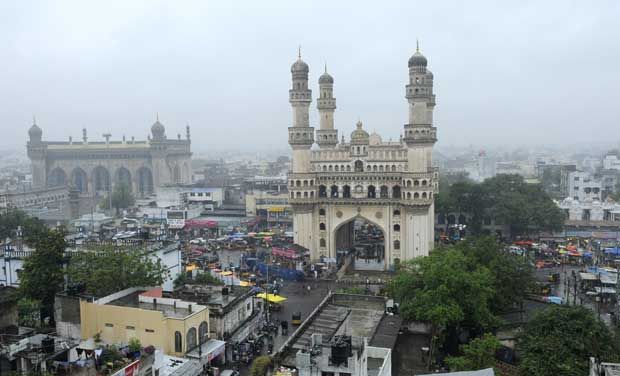 Hyderabad is fourth largest city of india and capital of Andhra Pradesh State, it is on the banks of Musi River on Deccan Plateau in south india, formed in the year of 1591. Chalukya, Kakatiyas, Qutb Shahis, Mughals and Nizams were ruled this place before independence. It is also called Bhagyanagar(Bhagyanagaram), Hitech City, Cyberabad.

Hyderabad Metro Rail: Hyderabad Metro Rail(HMR) is a urban transportation for the people of hyderabad designed to carrry 15lakh people with covering a distance of 72KM, stations at every kilometer and stations are designed on above of the road( the level of the rail). Its a elevated and overhead metro rail with 2 tracks for forward and onward journeys with continuos movement of rail and road. 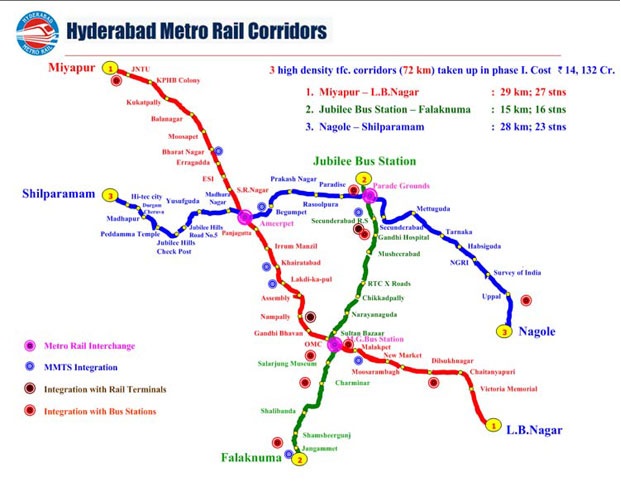 3 corridors were designed for the city are Miyapur-L.B Nagar, Jubilee Bus Stand-Falaknuma, Nagole-Shilparamam. 1 Corridor Miyapur to L.B Nagar is planned to launch before September 2014 for the public use. and other two will launch in the year 2015 and 2016.

The most spoken Language in Hyderabad is Telugu, Urdu, Hindi, English, .

Hyderabad was formed 400 years ago, The place around hyderabad was ruled by Mauryan's, Satavahanas from 300 B.C to 220 A.D. Later it is ruled by Andra dynasty the successors of Satavahanas with the capital at Nalgonda(100 KM from Hyderabad). Lateron Delhi Sultanate brought with the forces in the 13th century. The Golconda Sultanate Quli Qutb Shah founded the city in the year of 1589 and named by his fathers name Haidar-abad (Haidarabad).

Rajiv Gandhi International Airport is the international airport located in Shamshabad, distance at 25 Km from the city center. Bus Transport to Airport is available at every 2 hours from Kukatpally, Greenlands, LB Nagar and secunderabad to Hyderabad Airport. Oldest Airport is at Begumpet Airport currently operating by Indian Airforce.

Mandal is the local administrative division mostly a town or city, Below is the Hyderabad District District Mandals list in the state of Telangana, Mandal can be considered as sub-districts, As on the last 2011 census, Hyderabad District is divided into Mandals. 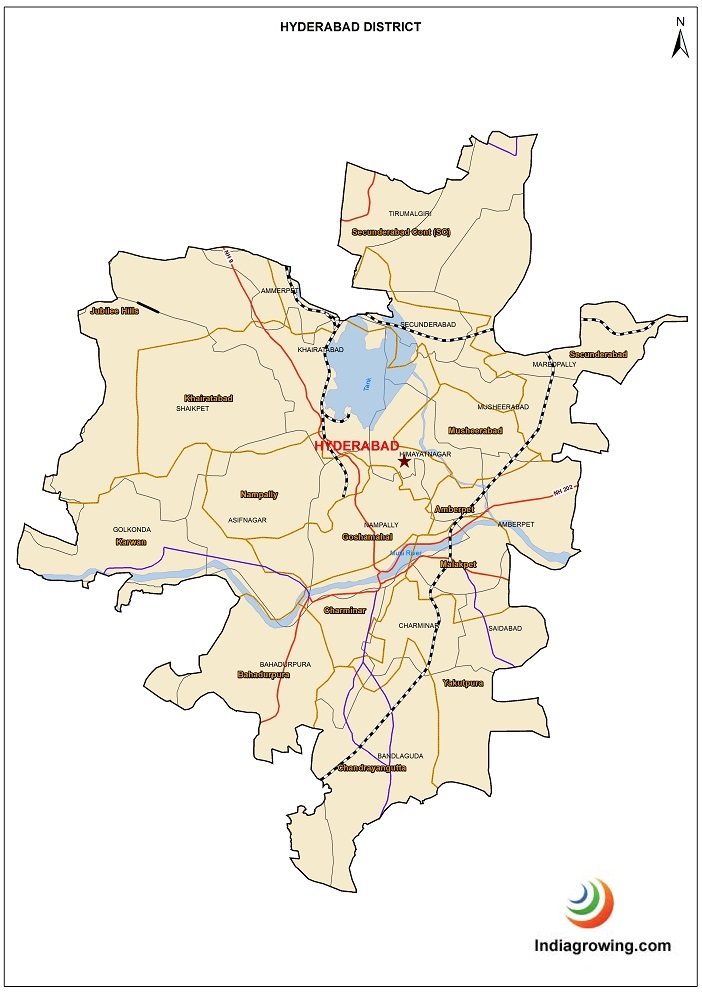