Daman and Diu is the union territory in west India with an area of 112 sq km. It is two seperate locations on the arabian sea front located in Gujarat State. In the past Daman and Diu were portuguse colonys and were annexed by India in 1961. Gujarati and Hindi are most widely spoken in this union territory. 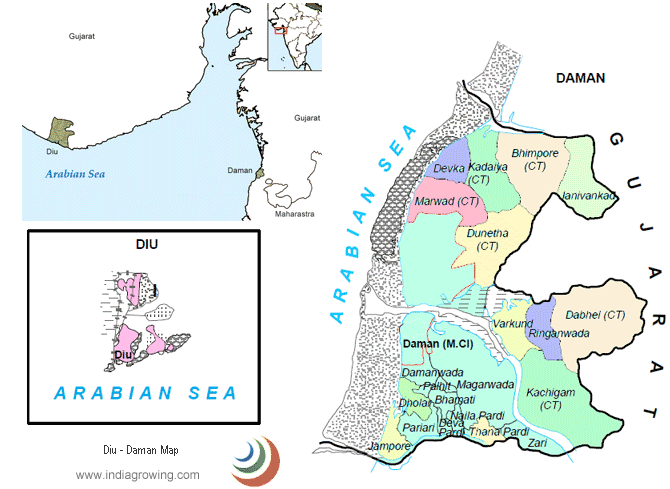 List of Districts, Cities & Towns in Daman And Diu
Districts