Goa is a state located on the western coast bordered by Maharastra to the north and Karnataka to the south and east. Goa is the smallest state of India with an area of 3,702 sq km(1,429 sq mi). Panaji is the capital of Goa. Goa is a former Portuguese territory of about 450 years till 1961 and is popular for tourist desination for Indians and Foreigners, due to its excellent beaches and old churches. Goa has two districts North and South Goa. Konkani is the most widely spoken language of about 66%, followed by Marathi, Hindi and Kannada. 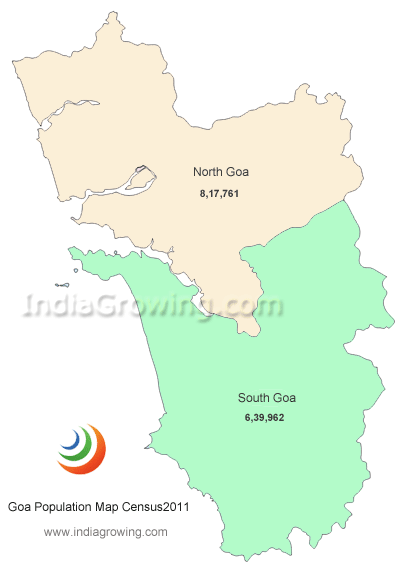