Jharkhand is the newly formed state in 2000, carved from the state of Bihar with an area of 79,714 sq km. Its located in the eastern part of India, it borders Bihar to the north, Odisha to the south, West Bengal to the east, Uttar Pradesh and Chhattisgarh to the western side. Hindi is the most widely spoken language in Jharkhand, and capital city is Ranchi.

For a long time, Jharkhand remained as a part of Bihar, but after Indian independence, the demand for a separate state of tribals started gaining momentum. In the last fifty years, the tribes of this region fought against the hegemony of Northern Bihar, a region that gained from the mineral deposits of this region like anything.

The Jharkhand State was brought into existence by the Bihar reorganization Act on November 15,2000. Ranchi is the Capital of Jharkhand in india, and the largest city is Jamshedpur. Jharkhand is famous for its rich mineral resources like Uranium, Mica, Bauxite, Granite, Gold, Silver, Graphite, Magnetite, Dolomite, Fireclay, Quartz, Fieldspar, Coal (32% of India), Iron, Copper (25%of India) etc. Forests and woodlands occupy more than 29% of the state which is amongst the highest in India. The Languages spoken are Hindi, Santhali, Mundari, Bengali, Urdu and Bhojpuri 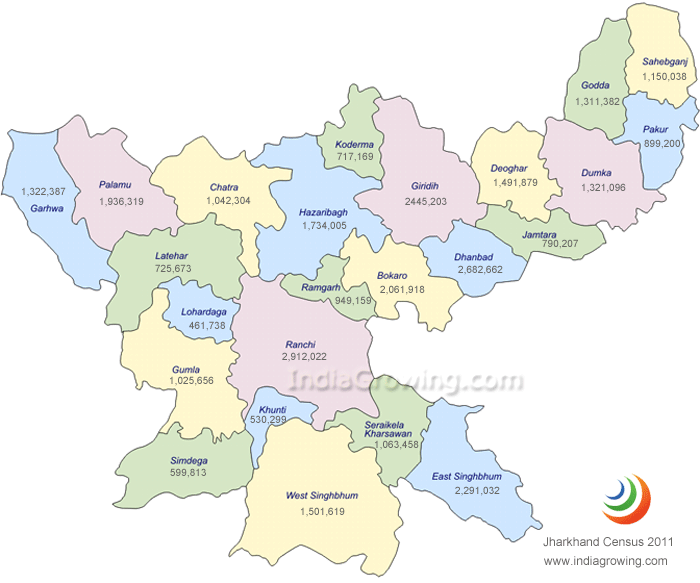