Andhra Pradesh is bordered by Chhattisgarh, and Orissa in the north, the Bay of Bengal in the East, Tamil Nadu to the south and Karnataka to the west. Andhra has a longest coast line of 974 km. Burrakatha is the form of entertaining people at villages during olden days, Kuchipudi is the classical dance and rich artistic tradition of Andhra Pradesh, Kuchipudi is a dance-drama performance art. Major Rivers are Godavari and Krishna flows through out the state, Anicut was built on River Godavari at Rajahmundry, Prakasham barrage was built on River Krishna at Vijayawada. Tirupati, Vijayawada, Vishakapatnam, Kurnool, Rajhamundry, Ananthpur are the major tourist destinations in Andhra Pradesh for Wild Life, Heritage Spots, Divine Destinations and Beaches.

Andhra Pradesh situated on the country's southeastern coast. Amaravati is the New Capital of andhra pradesh. Currently its building its city planned to build in par with western cities by Chief Minister Chandrababu Naidu. It was the capital of Satavahanas who ruled andhra region from 2nd century BCE to 3rd century CE, After decline of Satavahanas there were various rulers like Ikshvakus and pallvas, Chalukyas, Cholas, Delhi Sultanate, Nayaks, Vijayanagar kings were controlled this place. 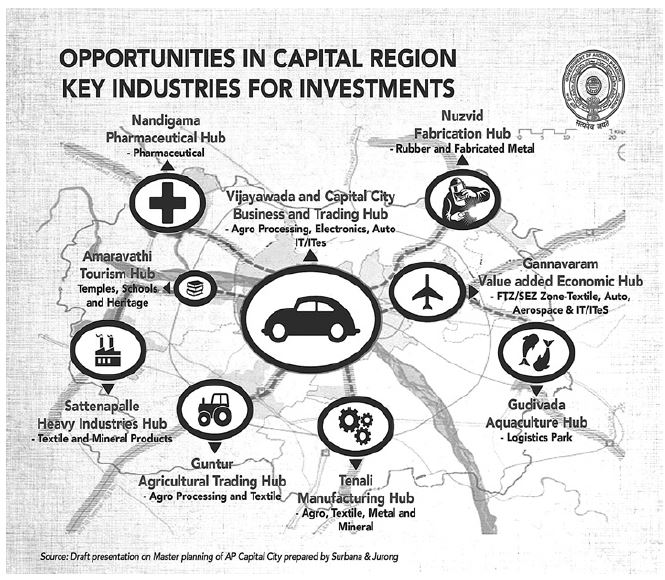 It is India's fourth largest state by area and fifth largest by population. Andhra Pradesh State is bordered by Maharashtra, Chhattisgarh and Orissa in the north, the Bay of Bengal in the east, Tamil Nadu to the south and Karnataka to the west. 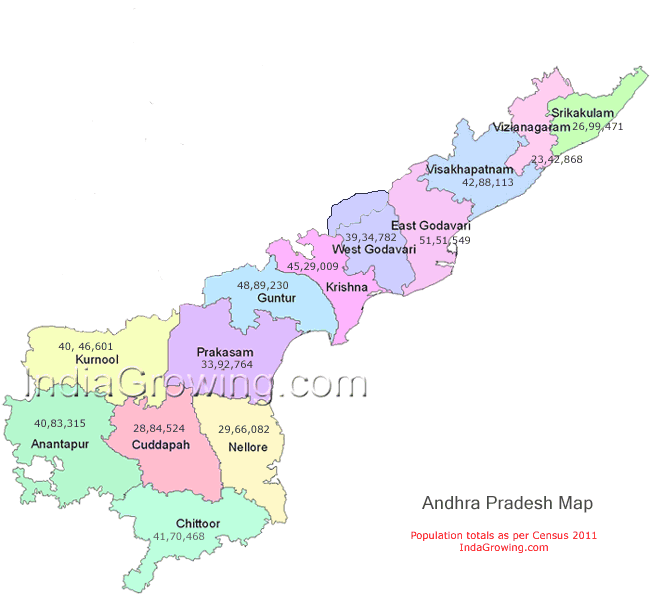 Andhra Pradesh is the newly divided state with 13 districts of area 162,970 sq km. Its 8th Rank in India as per area wise. Vishakhpatnam is the largest district with an area of 681.96 sq km and population of 2,035,922 persons. Amaravati is the newly formed state capital near Vijayawada of Krishna district.