Assam is the north-eastern state in India bordering Arunachal Pradesh and Bhutan to the north, Manipur and Nagaland to the east, Bangladesh, Manipur, Meghalaya and Tripura to the South. Assam is popular for Assam Tea. Assamese is the most widely spoken language in Assam. It has 33 districts 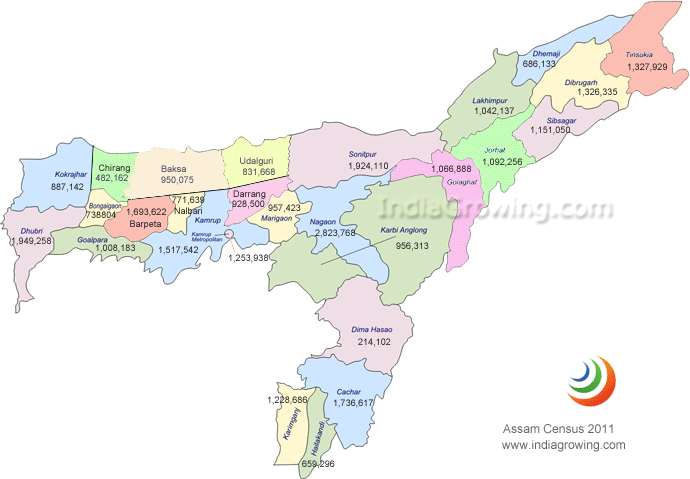