Chattisgarh is the new eastern state in India carved out of Madhya Pradesh state in the year 2000. It is bordered Jharkhand in north-east, Madhya Pradesh in north-west, Uttar Pradesh in the north and Telangana in the south and Odisha in the south-east. Agriculture considered as key activity in the state. Chhattisgarhi is widely spoken language in Chattisgarh and Hindi is the official language. Currently the state has 27 districts. 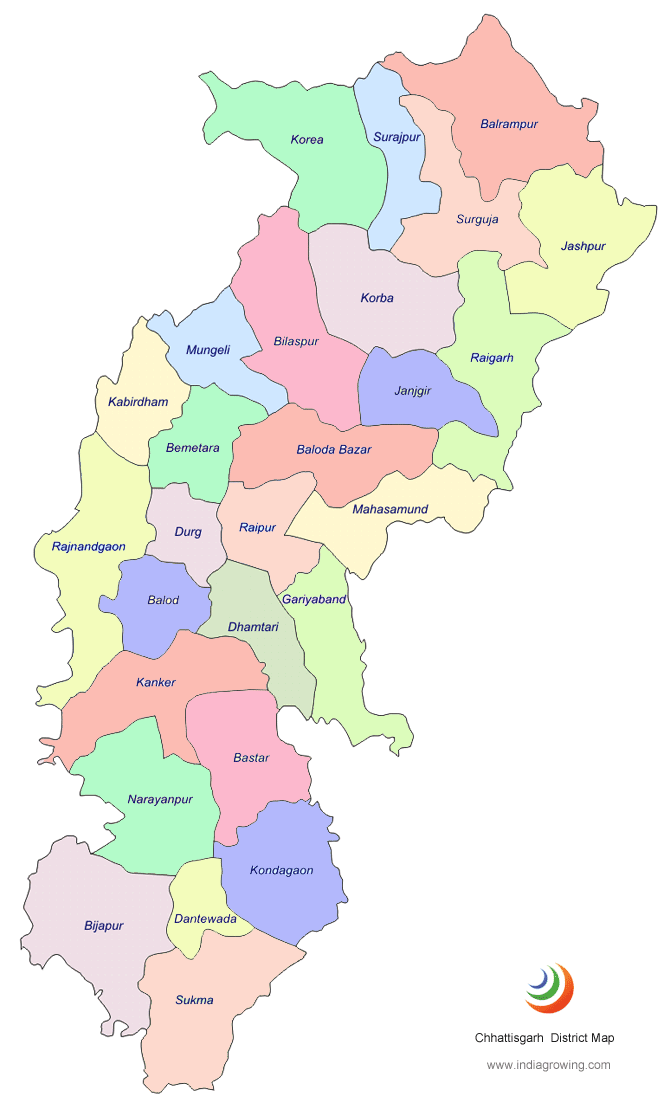