Gilgit Baltistan is a district in Jammu And Kashmir State of India. It has a total of Tehsils in this district.

News Clip on ILLEGAL OCCUPATION By Pakistan By Huffington Post on 25th March 2017
A motion was passed in the British Parliament condemning Islamabad's announcement declaring Gilgit-Baltistan as its fifth frontier, saying the region is a legal and constitutional part of Jammu and Kashmir illegally occupied by Pakistan since 1947.
The motion which was tabled on 23 March and sponsored by Conservative Party leader Bob Blackman, stated that Pakistan by making such an announcement is implying its attempt to annex the already disputed area.
"Gilgit-Baltistan is a legal and constitutional part of the state of Jammu and Kashmir, India, which is illegally occupied by Pakistan since 1947, and where people are denied their fundamental rights including the right of freedom of expression," the motion read.

It was further noted that the attempts to change the demography of the region was in violation of State Subject Ordinance and the 'forced and illegal construction' of the China-Pakistan Economic Corridor (CPEC) further aggravated and interfered with the disputed territory.
Meanwhile, a spokesperson for the Chinese Foreign Affairs Ministry has said that Beijing was ready to work with Islamabad to take forward the CPEC to benefit the people of both countries.
The CPEC is a 51.5 billion dollar project that aims to connect Kashgar, in China's western province of Xinjiang, with the port of Gwadar in the Pakistani province of Balochistan.
Baloch political and human rights activists have demanded a special rapporteur in the United Nations to probe gross human rights violations in Balochistan province.
With Pakistan planning to declare Gilgit-Baltistan region as its fifth province, the Baloch leaders have warned Islamabad of serious repercussions stating that this development will only lead to massive resistance by the people of Pakistan occupied Kashmir (PoK).
The Gilgit-Baltistan area is Pakistan's northernmost administrative territory that borders the disputed Pakistan-occupied Kashmir.
A committee headed by Prime Minister Nawaz Sharif's Advisor on Foreign Affairs Sartaj Aziz recommended to grant the region a provincial status, reports the GeoNews.

Balochistan, Khyber Pakhtunkhwa, Punjab and Sindh are four provinces of Pakistan.
However, India claims the Gilgit-Baltistan area as an integral part of its territory.
The area is significant to both Pakistan and China as the $46 billion CPEC passes through the region.
New Delhi has fervently maintained that the entire state of Jammu and Kashmir, which includes areas currently under Pakistan occupation, is an integral part of the Union of India. 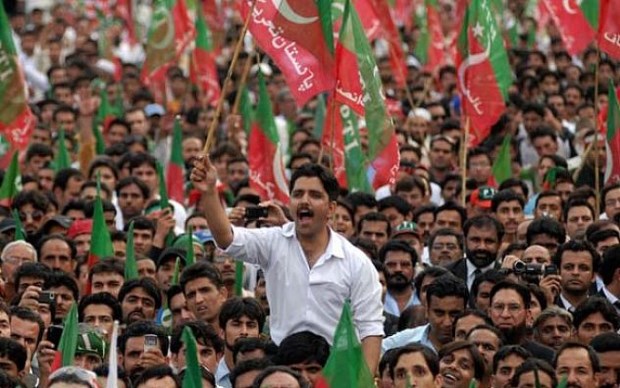 Vacate POK - Protests against Pakistan of Illegal Occupancy and selling land to China for only benefit of Punjab Province. 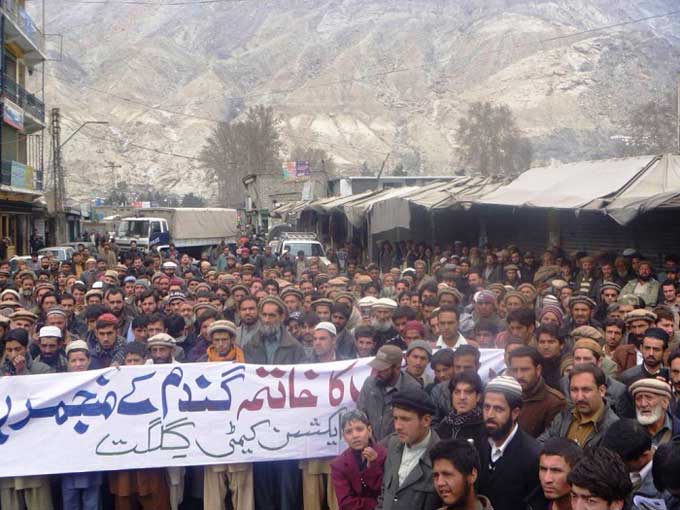 HUGE Protests in gilgit-baltistan over Pakistan Government to Leave them 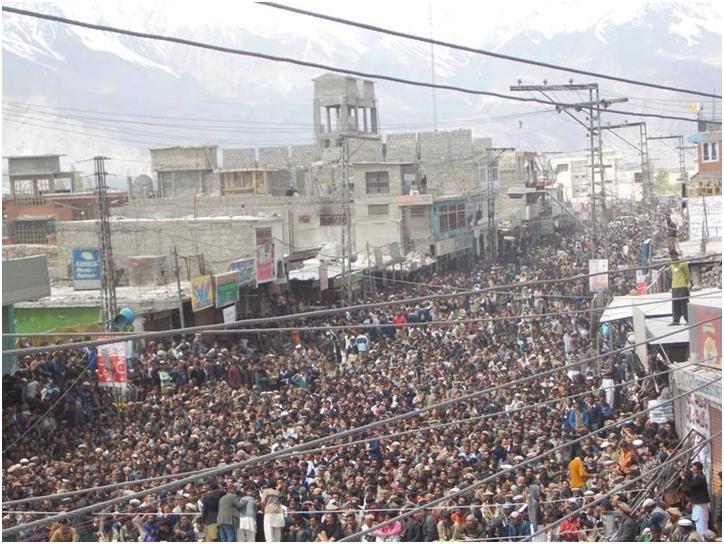 Images from the Tahrir Square that the World Missed 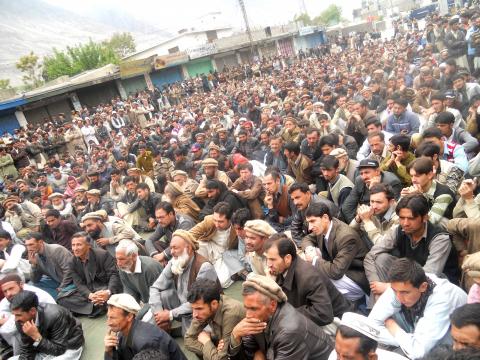 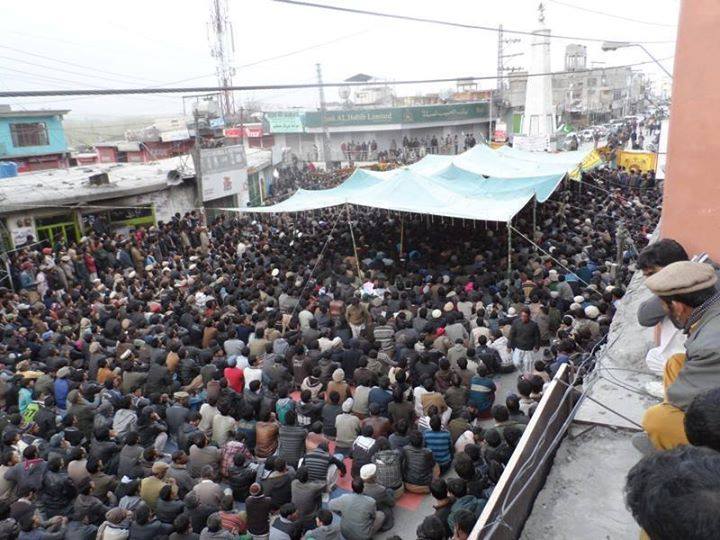 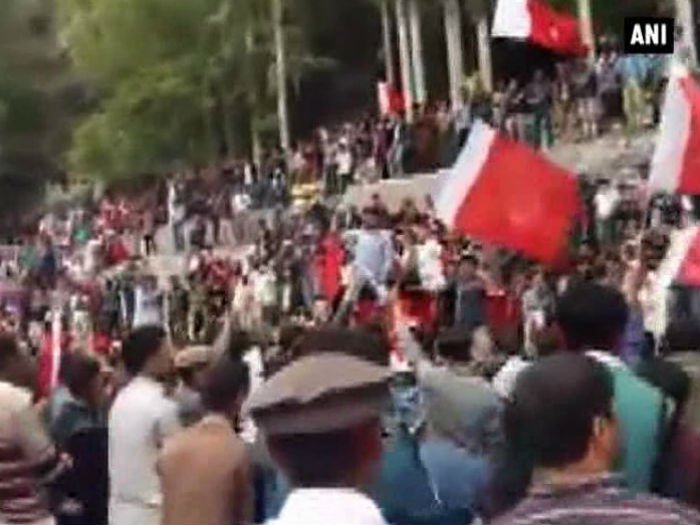 pakistan crackdown against protest in gilgit 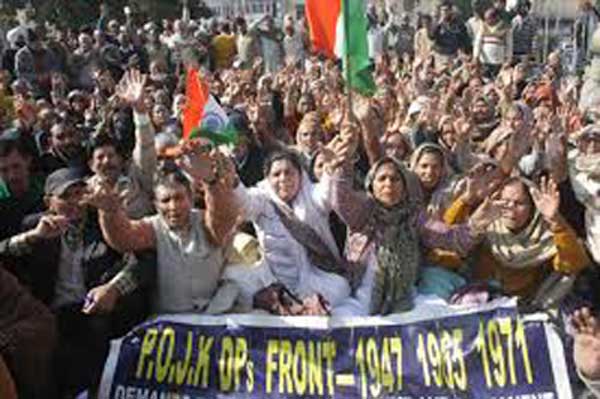 The most spoken Language in Gilgit Baltistan is Urdu, Kashmiri, Hindi, Punjabi.

Tehsil is the local administrative division mostly a town or city, Below is the Gilgit Baltistan District Tehsils list in the state of Jammu And Kashmir, Tehsil can be considered as sub-districts, As on the last 2011 census, Gilgit Baltistan is divided into Tehsils.

Districts of Jammu And Kashmir